“Mix up a large skillet of cornbread.” “It takes LOTS of black pepper.” “Wash the celery really good and use the whole stalk.” “Once you get everything mixed together, taste it, if it’s not right, adjust it.” I stood at the sink today chopping ingredients for Momma’s cornbread dressing. I could hear her words as though she were standing right over my shoulder instructing me like a military colonel. It’s just downright funny how things stick in your mind. I continued chopping and pondering the years I stood, first on a stool, or sitting on the kitchen counter watching her every move until I outgrew those places. There was an unspoken message that this dish was of utmost importance to her.

You see, she passed away three years ago this week, two days before her favorite holiday, Thanksgiving. To Momma, Thanksgiving was all about the cornbread dressing. That’s right. I said, “dressing” – stuffing is what sofa cushions are made of and you better not get the two confused. In her kitchen, the turkey could have burned to carbon and the yams could be bitter, but the dressing was always done to perfection. I was an apprentice of cornbread dressing for fifty years, and my Momma learned from her Momma. Truth be told, I probably could have attempted the culinary dish much sooner however, while she taught me everything there is to know about this southern Thanksgiving staple, Momma would never consider allowing me to make it if she was going to eat. She prided herself as an expert and her pride only swelled with the more compliments she received over the years around the family table. As her grandchildren married and brought their spouses to her home year after year, she delighted in watching everyone fill their plates with seconds and then ask for a to-go plate before heading out the door. Nothing pleased her more.

After her cancer diagnosis, she managed to share with the family one more Thanksgiving and one more performance of preparing a huge pan of dressing which tasted as good as it ever had in past years. In October of the following year, her disease progressed causing severe illness. I was at her house one day sitting with her. She had not been eating well. It was fairly early in the day when out of the blue she asked me to make cornbread dressing. At first, I thought I didn’t hear her correctly. After all, I held the record for apprenticeships. I said, “You want me to make dressing?” This seemed very odd since Thanksgiving was still two months away. With a slight smile she nodded. I moved her to a chair close to the same kitchen where, as a child I had observed her cooking. She sat peacefully and watched my every move. I was careful to do it exactly in the same order and methodically as I had witnessed her, using the same knives, spoons, and bowls that she had used my entire life. 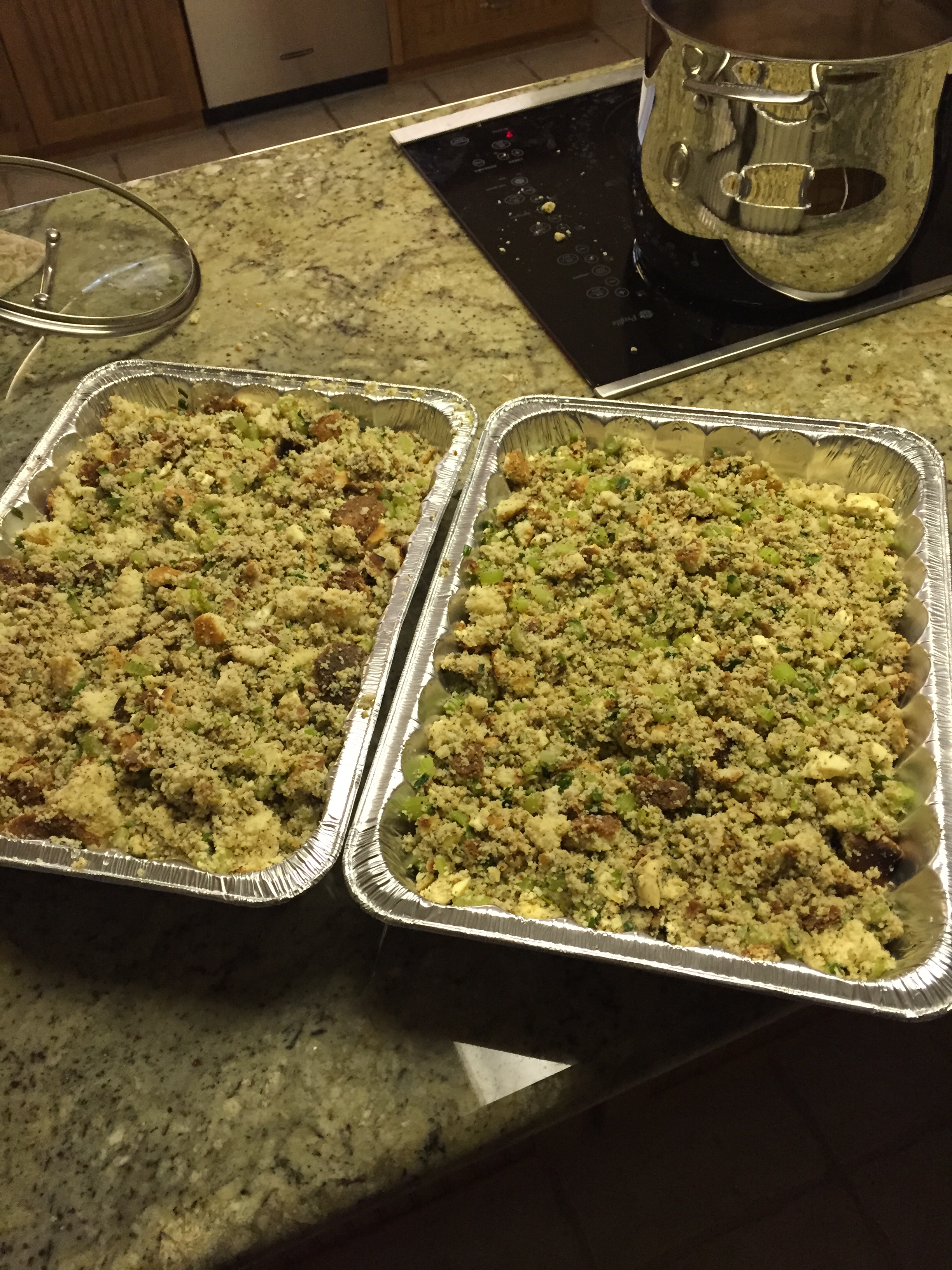 While I knew how to prepare this dish, I couldn’t help but feel a bit anxious. My dear Momma was allowing me the honor of preparing this sacred dish for an audience of one, the Queen of Cornbread Dressing. Once it was browned to perfection in the oven, I pulled it out and placed a serving on a small plate and handed it to her. She smiled as if this plate of dressing had brought back all of her fondest memories. In her weakened state, she managed to take a couple of bites. Handing the plate back to me, she looked up in satisfaction and said, “It’s as good as mine.” At that moment, time seemed to stand still. The lump in my throat was uncontainable as I realized that I had just prepared my first and last pan of dressing for my Momma.  I passed muster and a big pan of cornbread dressing.

I am a wife, mom, grandmother, aka "Honey". I am passionate about my role in life. I love to share my faith in Jesus Christ and His great love for all people. My writings are personal and come from my heart as I hope to share my vulnerable thoughts, struggles, and celebrations with you. View all posts by Sandy Byrd